What is organic mental disorders? 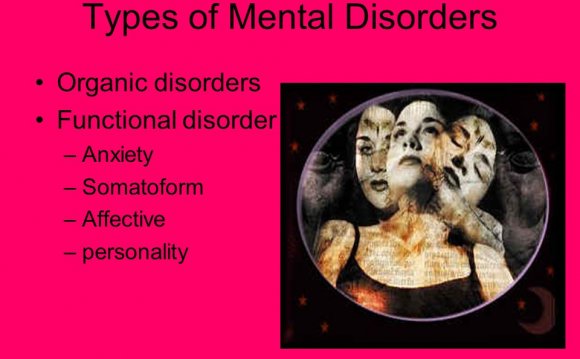 An organic mental disorder (OMD), also known as organic brain syndrome or chronic organic brain syndrome, is a form of decreased mental function due to a medical or physical disease, rather than a psychiatric illness. This differs from dementia. While mental or behavioral abnormalities related to the dysfunction can be permanent, treating the disease early may prevent permanent damage in addition to fully restoring mental functions. An organic cause to brain dysfunction is suspected when there is no indication of a clearly defined psychiatric or "inorganic" cause, such as a mood disorder.

Now the DSM-IV-TR (Diagnostic and Statistical Manual of Mental Disorders, 4th Edition, Text Revision) has broken up the diagnoses that once fell under the diagnostic category organic mental disorder into three categories: delirium, dementia, and amnestic.

Organic brain syndrome can be divided into 2 major subgroups: acute (delirium or acute confusional state) and chronic (dementia). A third entity, encephalopathy (subacute organic brain syndrome), denotes a gray zone between delirium and dementia; its early course may fluctuate, but it is often persistent and progressive. Damage to brain functioning could be due not only to organic (physical) injury (a severe blow to the head, stroke, chemical and toxic exposures, organic brain disease, substance abuse, etc.) and also to non-organic means such as severe deprivation, abuse, neglect, and severe psychological trauma.

Symptoms depend on the cause OMD. Confusion, memory impairment, delirium, dementia, judgment, logical function and agitation are some common symptoms of OMD.

Mental Disorder Symptoms : What are the most common ...