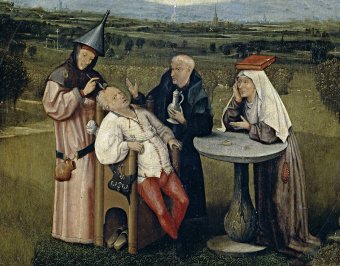 Hebrews believed that all illness was inflicted upon humans by God as punishment for committing sin, and even demons that were thought to cause some illnesses were attributed to God’s wrath. Yet, God was also seen as the ultimate healer and, generally, Hebrew physicians were priests who had special ways of appealing to the higher in order to cure sickness. Along the same spiritual lines, ancient Persians attributed illness to demons and believed that good health could be achieved through proper precautions to prevent and protect one from diseases. These included adequate hygiene and purity of the mind and body achieved through good deeds and thoughts (Alexander 20-22).

Ancient Egyptians seem to be the most forward-thinking in their treatment of mental illness as they recommended that those afflicted with mental pathology engage in recreational activities such as concerts, dances, and painting in order to relieve symptoms and achieve some sense of normalcy. The Egyptians were also very advanced in terms of medicine, surgery, and knowledge of the human body. Two papyri dating back to the sixteenth century BCE, the Edwin Smith papyrus and the Ebers papyrus, document early treatment of wounds, surgical operations, and identifies, very likely for the first time, the brain as the site of mental functions.

These papyri also show that, despite innovative thinking about disease, magic and incantations were used to treat illnesses that were of unknown origin, often thought to be caused by supernatural forces such as demons or disgruntled divine beings (Butcher 28). Ancient Egyptians also shared the early Greek belief that hysteria in women, now known as Conversion Disorder, was caused by a “wandering uterus, ” and so used fumigation of the vagina to lure the organ back into proper position (Alexander 21).

In all of these ancient civilizations, mental illness was attributed to some supernatural force, generally a displeased deity. Most illness, particularly mental illness, was thought to be afflicted upon an individual or group of peoples as punishment for their trespasses. In addition to the widespread use of exorcism and prayer, music was used a therapy to affect emotion, and the singing of charms and spells was performed in Babylonia, Assyria, the Mediterranean-Near East, and Egypt in hopes of achieving a cure (Rosen).

Beliefs about mental illness and proper treatments were altered, and in some cases advanced, by early European thinkers. Between the 5th and 3rd centuries BCE, Greek physician Hippocrates denied the long-held belief that mental illness was caused by supernatural forces and instead proposed that it stemmed from natural occurrences in the human body, particularly pathology in the brain. Hippocrates, and later the Roman physician Galen, introduced the concept of the four essential fluids of the human body—blood, phlegm, bile, and black bile—the combinations of which produced the unique personalities of individuals (Butcher 29).

Through the Middles Ages, mental illness was believed to result from an imbalance of these humors. In order to bring the body back into equilibrium, patients were given emetics, laxatives, and were bled using leeches or cupping (MacDonald 187). Specific purges included a concoction developed by Ptolemy called Hiera Logadii, which combined aloes, black hellebore, and colocynth and was believed to cleanse one of melancholy. Confectio Hamech was another laxative developed by the Arabs that contained myrobalans, rhubarb, and senna (MacDonald 187). Later, tobacco imported from America was popularly used to induce vomiting (MacDonald 188). Other treatments to affect the humors consisted of extracting blood from the forehead or tapping the cephalic, saphenous, and/or hemorroidal veins to draw corrupted humors away from the brain (MacDonald 191). In addition to purging and bloodletting (also known as phlebotomy), customized diets were recommended. For example, “raving madmen” were told to follow diets that were “cooling and diluting, ” consisting of salad greens, barley water, and milk, and avoid wine and red meat (Porter 42).

Custody and care of the mentally ill were generally left to the individual’s family, although some outside intervention occurred. The first mental hospital was established in 792 CE Baghdad and was soon followed by others in Aleppo and Damascus—mass establishment of asylums and institutionalization took place much later, though (Butcher 32). The mentally ill in the custody of family were widely abused and restrained, particularly in Christian Europe. Due to the shame and stigma attached to mental illness, many hid their mentally ill family members in cellars, caged them in pigpens, or put them under the control of servants (Porter 92). Others were abandoned by their families and left to a life of begging and vagrancy.

Is Homosexuality a Mental Disorder? - History and Headlines