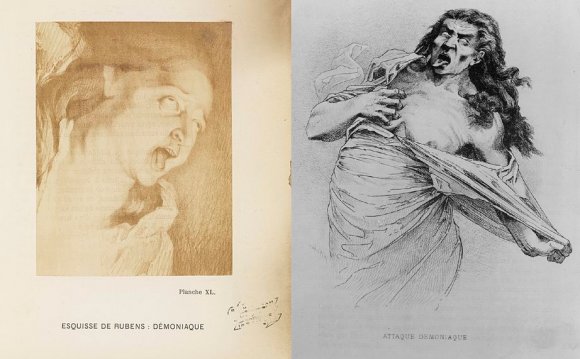 While there is debate over how to define mental illness, it is generally accepted that mental illnesses are real and involve disturbances of thought, experience, and emotion serious enough to cause functional impairment in people, making it more difficult for them to sustain interpersonal relationships and carry on their jobs, and sometimes leading to self-destructive behavior and even suicide. The most serious mental illnesses, such as schizophrenia, bipolar disorder, major depression, and schizoaffective disorder are often chronic and can cause serious disability.

What we now call mental illness was not always treated as a medical problem. Descriptions of the behaviors now labeled as symptomatic of mental illness or disorder were sometimes framed in quite different terms, such as possession by supernatural forces. Anthropological work in non-Western cultures suggests that there are many cases of behavior that Western psychiatry would classify as symptomatic of mental disorder, which are not seen within their own cultures as signs of mental illness (Warner, 2004, p. 173). One may even raise the question whether all other cultures even have a concept of mental illness that corresponds even approximately to the Western concept, although, as Kleinman (1988) points out, this question is closely tied to that of adequately translating from other languages, and in societies without equivalent medical technology to the west, it will be hard to settle what counts as a concept of disease.

The mainstream view in the West is that the changes in our description and treatment of mental illness are a result of our increasing knowledge and greater conceptual sophistication. On this view, we have conquered our former ignorance and now know that mental illness exists, even though there is a great deal of further research to be done on the causes and treatment of mental illness. Evidence from anthropological studies makes it clear that some mental illnesses are expressed differently in different cultures and it is also clear that non-Western cultures often have a different way of thinking about mental illness. For example, some cultures may see trance-like states as a form of possession. This has led some to argue that Western psychiatry also needs to change its approach to mental illness. (Kleinman, 1988, Simons and Hughes, 1985) However, the anthropological research is not set in the same conceptual terms as philosophy, and so it is unclear to what extent it implies that mental illness is primarily a Western concept.

A more extreme view, most closely associated with the psychiatrist Thomas Szasz, is that there is no such thing as mental illness because the very notion is based on a fundamental set of mistakes. While it is not always easy to delineate the different arguments in Szasz's voluminous work, (Reznek, for instance, separates out at least six different arguments within his work [Reznek, 1991, Chapter 5]), Szasz has compared psychiatry to alchemy or astrology (1974, pp. 1–2), contending that the continued belief in mental illness by psychiatrists is the result of dogmatism and a pseudoscientific approach using ad hoc defenses of their main claims. He has also argued that the concept of mental illness is based on a confusion.

[The belief in mental illness] rests on a serious, albeit simple, error: it rests on mistaking or confusing what is real with what is imitation; literal meaning with metaphorical meaning; medicine with morals. (Ibid, p. x.)

More specifically, Szasz has argued that by definition, “disease means bodily disease, ” (Ibid, p. 74); and, given that the mind is not literally part of the body, disease is a concept that should not be applied to the mind. Although Szasz's position has not gained widespread credence, his writings have generated debate over questions such as whether disease must, by definition, refer to bodily disease.

More recent critics of psychiatry have been more focused on particular purported mental illnesses. The most heated controversies about the existence of particular mental illnesses are often over ones that seem to involve culturally-specific or moral judgments, such as homosexuality, pedophilia, antisocial personality disorder, and premenstrual dysphoric disorder. Other controversies exist over disorders that are milder in character and are on the borderline between normality and pathology, such as dysthymia, a low level chronic form of depression (Radden, 2009).

To reiterate, however, the dominant view is that mental illness exists and there is a variety of ways to understand it. Modern psychiatry has primarily embraced a scientific approach, looking for causes such as traumatic experiences or genetic vulnerabilities, establishing the typical course of different illnesses, gaining an understanding of the changes in the brain and nervous system that underlie the illnesses, and investigating which treatments are effective at alleviating symptoms and ending the illness. One of the central issues within this scientific framework is how different kinds of theory relate to each other (Ghaemi, 2003; Perring, 2007). Reductionist approaches try to reduce social explanations of mental illness to explanations at “lower” levels such as the biological, while pluralist approaches encourage the co-existence of explanations of mental illness at a variety of levels.

As alternatives to reductionist approaches there is also the first-person phenomenology and narrative understanding of mental illness. These focus on the personal experience of living and struggling with mental illness, and give careful descriptions of the associated symptoms. Some see a careful phenomenology as essential to scientific psychiatry (e.g., Ghemi 2007), while others (Murphy, 2006) argue that phenomenology is not essential to psychiatric explanation. The work in this phenomenological tradition is especially important in pressing the question of what it is to understand or explain mental illness, and how a phenomenological approach can relate to scientific approaches. (See for example, Ratcliffe, 2009 and Gallagher, 2009)

The terms “mental illness” and “mental disorder” normally refer to conditions such as major unipolar depression, schizophrenia, manic depression, and obsessive compulsive disorder. “Physical illness” and “physical disorder” refer to conditions such as influenza, cancer, broken bones, wounds, and arthritis. There has been considerable discussion of how to draw a distinction between the two. Given the current debate, the prospects of finding a principled way of drawing the distinction that matches our current practices may be slim. The main practical reason for trying to draw distinctions between physical and mental illnesses comes from demarcating boundaries between professional competencies, and, in particular, from distinguishing the domain of neurology from that of psychiatry. However, this boundary is not sharply drawn and has moved over time. It is likely that as neuroscience progresses, the domains of neurology and psychiatry will start to merge.

Disorders of the Mind - The Philosophy of Psychiatry