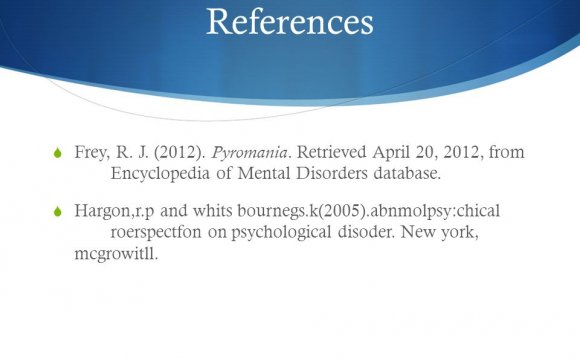 The Abnormal Involuntary Movement Scale (AIMS) is a rating scale that was designed in the 1970s to measure involuntary movements known as tardive dyskinesia (TD). TD is a disorder that sometimes develops as a side effect of long-term treatment with neuroleptic (antipsychotic) medications.

Abuse is a complex psychosocial problem that affects large numbers of adults as well as children throughout the world. It is listed in the Diagnostic and Statistic Manual of Mental Disorders (DSM-IV-TR) under the heading of "Other Conditions That May Be a Focus of Clinical Attention." Although abuse was first defined with regard to children when it first received sustained attention in the 1950s, clinicians and researchers now recognize that adults can suffer abuse in a number of different circumstances.

Acupuncture, one of the main forms of therapy in traditional Chinese medicine (TCM), has been practiced for at least 2, 500 years. In acupuncture, certain points on the body associated with energy channels or meridians are stimulated by the insertion of fine needles.

Acute stress disorder (ASD) is an anxiety disorder characterized by a cluster of dissociative and anxiety symptoms that occur within a month of a traumatic stressor. It is a relatively new diagnostic category and was added to the fourth edition of the Diagnostic and Statistical Manual of Mental Disorders (DSM-IV) in 1994 to distinguish time-limited reactions to trauma from the farther-reaching and longer-lasting post-traumatic stress disorder (PTSD).

Most definitions refer to addiction as the compulsive need to use a habit-forming substance, or an irresistible urge to engage in a behavior. Two other important defining features of addiction are tolerance, the increasing need for more of the substance to obtain the same effect, and withdrawal, the unpleasant symptoms that arise when an addict is prevented from using the chosen substance.

An adjustment disorder is a type of mental disorder resulting from maladaptive, or unhealthy, responses to stressful or psychologically distressing life events. This low level of adaptation then leads to the development of emotional or behavioral symptoms.

An advance directive is a written document in which people clearly specify how medical decisions affecting them are to be made if they are unable to make them, or to authorize a specific person to make such decisions for them. These documents are sometimes called "living wills." Psychiatric advance directives serve the same purpose as general medical advance directives, but are written by mental health consumers as a set of directions for others to follow, made in advance of an injury, psychiatric illness, or crisis.

Affect is a psychological term for an observable expression of emotion.

Agoraphobia is an anxiety disorder characterized by intense fear related to being in situations from which escape might be difficult or embarrassing (i.e., being on a bus or train), or in which help might not be available in the event of a panic attack or panic symptoms. Panic is defined as extreme and unreasonable fear and anxiety.

Alcoholism is defined as alcohol seeking and consumption behavior that is harmful. Long-term and uncontrollable harmful consumption can cause alcohol-related disorders that include: antisocial personality disorder, mood disorders (bipolar and major depression) and anxiety disorders.

Alprazolam is a tranquilizer. It belongs to a group of drugs called benzodiazepines.

Alzheimer's disease, or AD, is a progressive, incurable disease of the brain caused by the degeneration and eventual death of neurons (nerve cells) in several areas of the brain.

Amantadine is a synthetic antiviral agent that also has strong antiparkinsonian properties. It is sold in the United States under the brand name Symmetrel, and is also available under its generic name.

Amitriptyline is a medication used to treat various forms of depression, pain associated with the nerves (neuropathic pain), and to prevent migraine headaches. It is sold in the United States under the brand names Elavil and Endep.

There are numerous causes of amnesia, including stroke, injury to the brain, surgery, alcoholism, encephalitis (inflammation of the brain), and electroconvulsive therapy (ECT, a treatment for various mental disorders in which electricity is sent to the brain through electrodes).

The amnestic disorders are a group of disorders that involve loss of memories previously established, loss of the ability to create new memories, or loss of the ability to learn new information. As defined by the mental health professional's handbook, the Diagnostic and Statistical Manual of Mental Disorders, fourth edition, text revision (2000), also known as DSM-IV-TR, the amnestic disorders result from two basic causes: general medical conditions that produce memory disturbances; and exposure to a chemical (drug of abuse, medication, or environmental toxin).

Amoxapine is an oral tricyclic antidepressant. Formerly sold in the United States under the brand name Asendin, it is now manufactured and sold only under its generic name.

Amphetamines are a group of drugs that stimulate the central nervous system. Some of the brand names of amphetamines sold in the United States are Dexedrine, Biphetamine, Das, Dexampex, Ferndex, Oxydess II, Spancap No 1, Desoxyn, and Methampex.

Amphetamines are a group of powerful and highly addictive substances that dramatically affect the central nervous system. They induce a feeling of well-being and improve alertness, attention, and performance on various cognitive and motor tasks.

Anorexia nervosa (AN) is an eating disorder characterized by an intense fear of gaining weight and becoming fat. Because of this fear, the affected individual starves herself or himself, and the person's weight falls to about 85% (or less) of the normal weight for age and height.