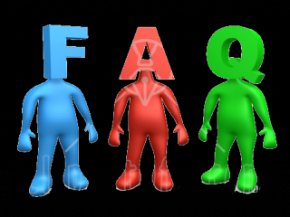 When I was asked to blog for Psychology Today, I was told that this was because I had established some notoriety for my online personality test, posted at personal.psu.edu.

"All fine and good, " I said, "but I have a wide range of professional interests, including evolutionary psychology and positive psychology, so I will want to blog about those topics, too. And I was told that this was fine.

What can you tell about a person from his or her answers on a personality test?

That depends on the scales the test contains. A personality scale shows your standing on one specific aspect of personality, relative to other people. For example, a short test containing a single shyness scale would indicate whether you are more shy, about as shy, or less shy than people in general. A longer personality inventory contains a set of scales designed to provide a more complete picture of personality.

In addition to showing where you stand on one or more scales, some personality tests will report research findings associated with your standing on the scale. For example, a report based on a shyness scale might mention that research has shown that people sometimes misinterpret shy behavior as conceitedness.

Exactly what traits does a personality inventory measure to give a complete picture of personality?

Extraversion - your amount of active engagement with other people;

Agreeableness - how pleasant and cooperative you seem to others;

Conscientiousness - your degree of reliability, self-control, and organized purposefulness;

Openness to Experience - your preference for intellectual and creative experiences versus traditional, practical activities.

All of the major personality inventories cover these five domains. Each inventory will focus on what the author believes are the most important specific aspects of the five domains. For example, the NEO Personality Inventory assesses six aspects of Agreeableness: Trust, Straightforwardness, Altruism, Compliance, Modesty, and Tender-Mindedness. The Hogan Personality Inventory measures five aspects of Agreeableness: Easy-To-Live-With, Sensitive, Caring, Likes People, and No Hostility.

Will a personality test reveal sensitive and potentially embarrassing information about me?

Personality tests typically assess general patterns of thoughts, feelings, and behaviors that are obvious to people who regularly come into contact with you. Any personality test used in personnel selection (and this includes all of the major personality inventories) must comply with fair employment practices legislation. Such tests avoid inquiring about physical disabilities and sensitive topics such as religious beliefs, sexual attitudes, drug use, and criminal behavior. Because personality tests assess relatively broad traits, they cannot detect specific, peculiar thoughts and habits unique to individuals.

Will a personality test show whether I'm crazy?

Most personality tests assess differences within the normal range of personality. Even an anxiety scale (or any scale related to psychological adjustment) measures normal differences in anxiety. Only highly specialized tests such as the Minnesota Multiphasic Personality Inventory (MMPI) are designed to diagnose psychopathology.

How do personality tests work?

Personality testing is based on two principles: self-report and self-presentation. Responses to some items can be seen as relatively direct, objective reports about yourself. Endorsing the item "I am well liked by those who know me" is a self-report about agreeableness. Obviously, an honest, self-perceptive person who endorses a lot of items like this will be seen by others as agreeable. Self-presentation involves endorsing items that indirectly lead others to form a certain kind of impression of you. For example, someone who endorses the item: "Everyone has some good qualities" is not providing a direct self-report of agreeableness, but nonetheless is more likely to be seen as agreeable than someone who does not endorse it.